In this post we be looking through the Aimchess Scouting report generated for myself on October 1st 2021. At the time of running the report, my rating was 1513 (Chess.com Rapid)

Comparing September's stats to Pre-September, all my scores increased except for time management 🥳 I would consider this a win - I'm not positive how Time Management is calculated, but I suspect it involves my time remaining compared to my opponents. I noticed there were a lot of games where my opponent was ending with more than 6 minutes remaining and I had 2 minutes or less. I'll keep an eye on this, but as long as I'm not running out of time I'm considering this fine (especially if my win rate stays where it is currently at).

I'll get into this a bit more with the openings section, but I started playing more 1. e4 in September and have swapped from the Scandinavian to Caro-Kann since I felt like I had a better understanding of the general post-opening plans for the Caro-Kann.

As noted in the aside I believe I'm slightly underrated for the rating level I'm playing at - although I don't think it's by much. I am expecting that as I approach 1600 I'll see my win rate level back out to 50/50. 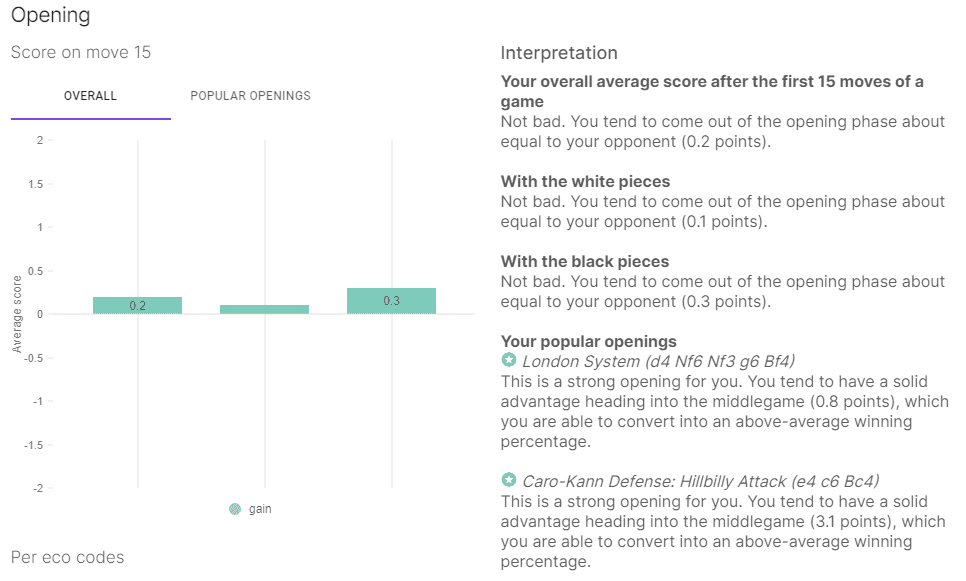 My primary focus for September was on openings - understanding general development principles better and focusing on what the plan for my openings is once I leave theory (don't worry, secondary was tactics).

It feels amazing to see the jump from 75% to 95% on my overview compared to last month's report - indicating that not only was I able to significantly improve my opening game, but also able to convert more stable openings into wins as seen by my win rate! 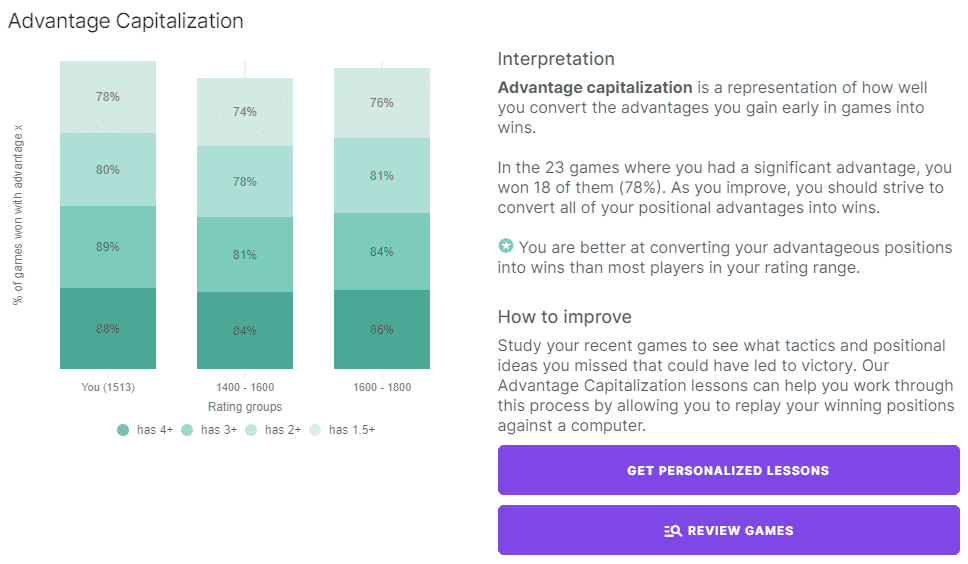 Similar to last month's report, I'm still winning more games where I have a winning position than not only my current rating range, but the 1600-1800 range also.

I contribute this to casually playing through some rook endgames on Chessable (highly recommend doing the basics, but once things started to get super specific I stopped going through them).

This section looks a bit better than last month, and I mostly contribute the increase here to my tactics training. Other than tactics, I'm still unsure how to improve this section beyond not getting into losing positions 😅 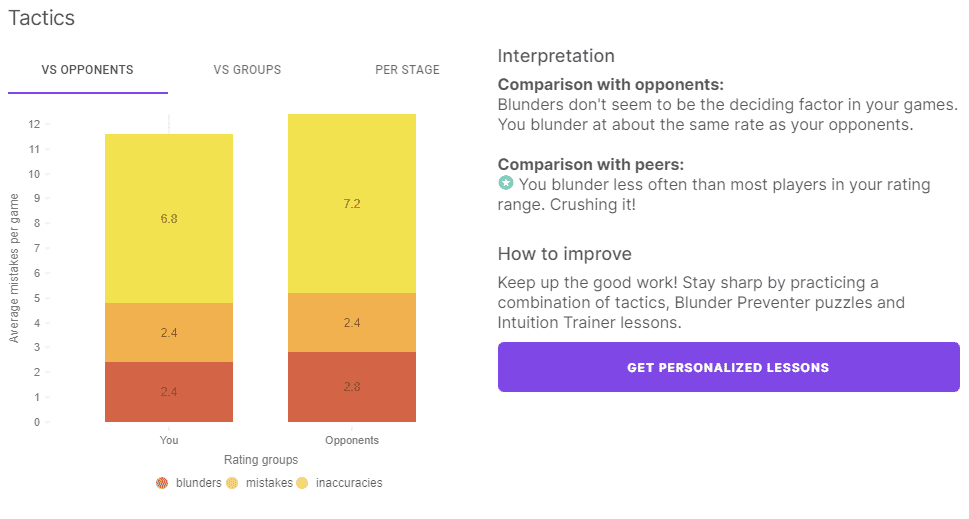 compared to last month's numbers, I'm making a lot less blunders and am aligning once again not with my current rating range, but with the 1600-1800 rating range, further supporting my theory that I'm playing at a 1600 level.

In September I picked up The Woodpecker Method on Chessable. I haven't been keeping strictly to the cycles approach, but have gone through the beginner section three times as of writing. While the cyclical method seems great in theory, I don't have the multiple hours on a week night to put into doing the later cycles faster than in a one week period (and even then it depends on how busy my week is). My current plan is to keep looping through the beginner section (probably at a slower pace than once per week) just to keep sharp.

As outlined, despite my rating being higher than ever in rapid, I still have a lot of room for improvement across the entire spectrum of the game. Doing a breakdown of my Aimchess report sure helps put into perspective how wide and deep of a game chess is and I look forward to doing a monthly recap post to review these stats and consider where I can best focus to improve my game (September review coming soon 😉).