In this post we be looking through the Aimchess Scouting report generated for myself on November 1st 2021. At the time of running the report, my rating was 1534 (Chess.com Rapid)

Unlike last month where most my scores were great and I was climbing in rating, I've now plateaued around 1525 in rapid and some of these numbers have equalized a bit closer to the Peers values. A portion of this I would attribute to doing a bit less structured studying this month in favor of playing more games - and if anything I'm actually fairly happy with maintaining my rating and not dropping with the decrease in studying. 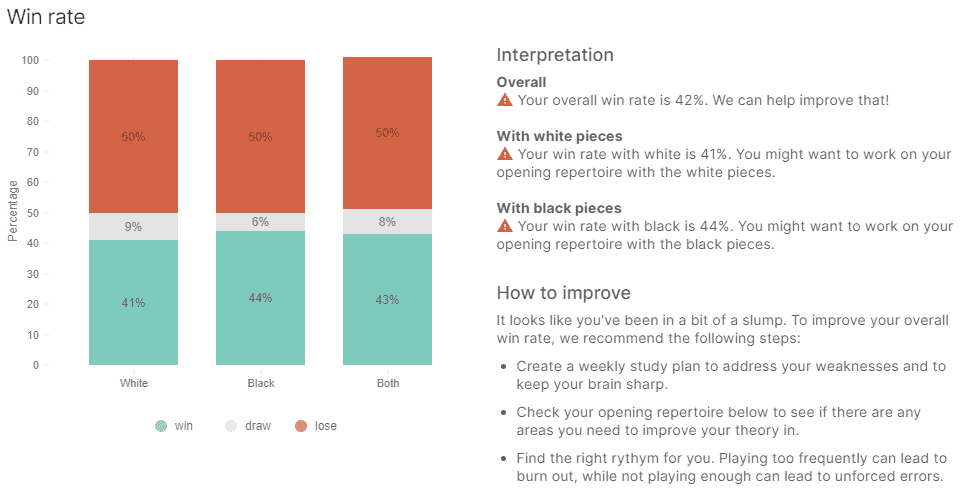 Last month I predicted that I was very slightly underrated and was expecting my win/loss ratio to start approaching 50/50 - I was half right since my losses are now at 50% of games 😅.

I feel like there were a lot of games this past month where I was ahead and threw away my winning position (which seems confirmed with the drop under Advantage Capitalization from 78% to 63%). 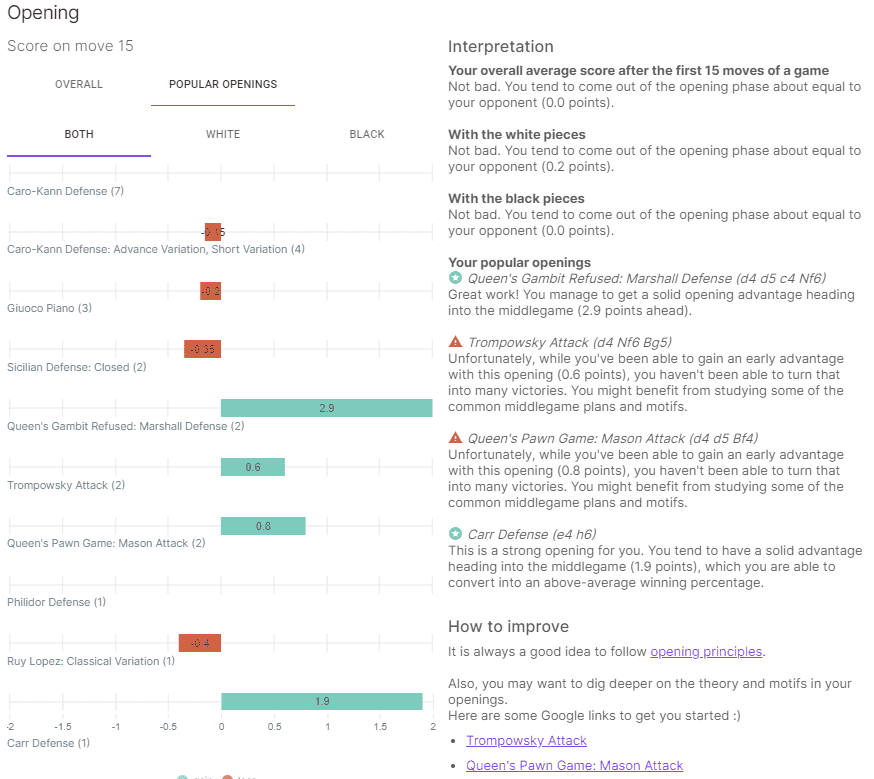 In September I was picking up 1.e4 and the Caro-Kann, which I have continued to play in October. My gut feeling is that more opponents were opening with 1.d4 towards the end of the month and I never felt particularly confident in my opening plan. One of my goals for November is to work out my opening plans vs 1. d4 - hopefully improving my opening score a bit for next month's review.

I'm maintaining my ability to win when at a 4+ advantage, but I've thrown away more games in the 1+ to 3+ range this month. If I'm being honest, part of this is probably laziness with calculating and going with my gut move in the late mid-game.

There have also been a lot of moments in the game analysis where the best move was one of my canidate moves, but for some reason I had misevaluated it as worse than the move I played.

I'm about on par with my peers for resourcefulness - I've been working on not resigning too early and playing on from clearly lost positions. I have a feeling my problem is mostly that once I'm slightly down I'm trading pieces too often, especially since I'm not strong at endgames. 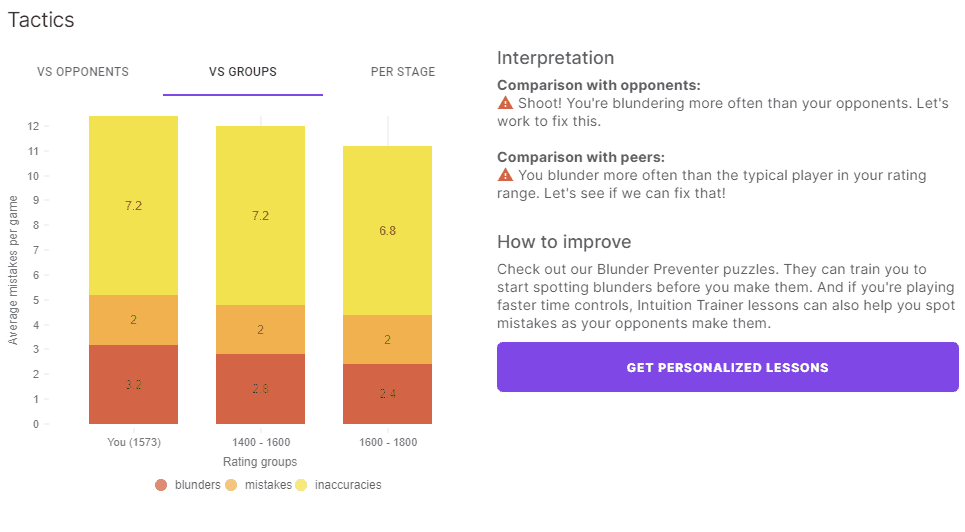 I still blunder a lot. Since I wasn't actively working through the Woodpecker method in October, I was expecting this section to be worse than last month (only 3% lower though, which is better than I was expecting). I think my goal for tactics is to not cram a bunch of them into a day, but rather spend smaller amounts of time daily on them - probably by actually doing the tactics trainer daily on Chess.com.

Besides my mentioned goal of solidifying my opening repertoire a bit I think my main area of focus for November is going to be on endgames and improving my positional play. In particular, I feel like I'm not sure what to do with Rooks 😅 See you again next month!