In this post we be looking through the Aimchess Scouting report generated for myself on December 1st 2021. At the time of running the report, my rating was 1583 (Chess.com Rapid)

November was a bit of a strange month for my chess. At the beginning of the month I was more focused on some other games I was playing, and towards the end of the month I was sucked back into TFT for a few days. Combine this with being sick for a few days in the middle, and I was doing some bare minimum work on my chess - and yet my rating has still increased ~50 points from last month. My assumption is that this increase has come from - get this - actually playing more games instead of focusing on studying tactics. Especially with the FIDE World Championship going on right now, I've still been consuming a ton of chess content from YouTube and live streams, which is definitely a key way that I absorb information. 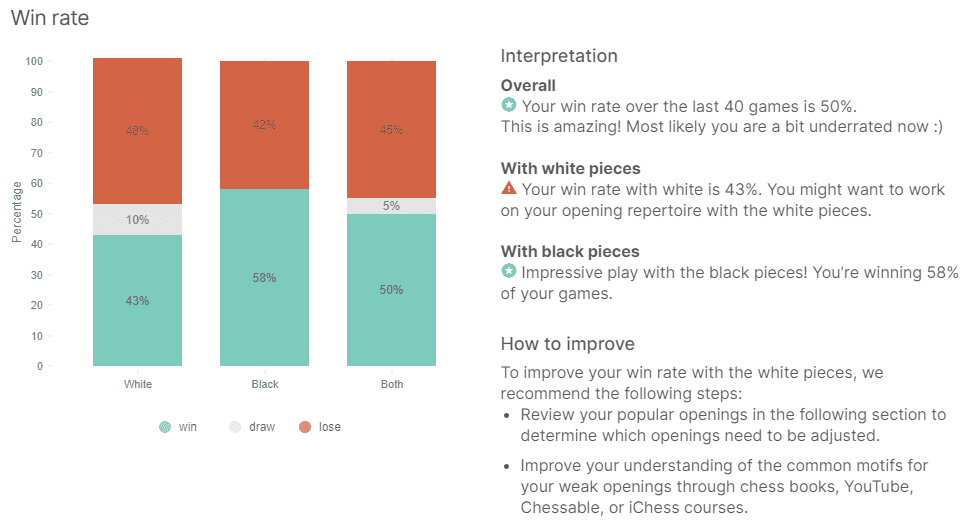 After a bit of a plateau at 1525 last month, being +50 points in November feels pretty great - especially since the Win Rate chart is back to telling me I'm likely still a bit underrated 🥳 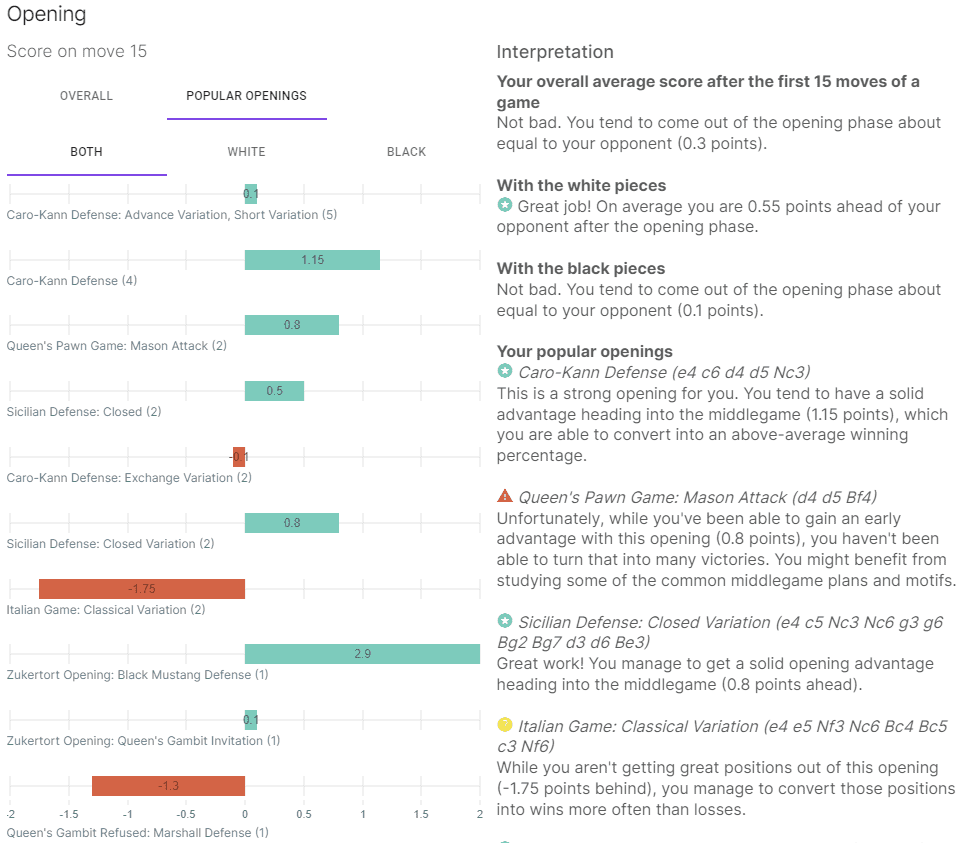 Last month I was struggling agains 1.d4 - and I haven't really improved here. I tried picking up a Chessable Short & Sweet course covering the King's Indian, but all that did was remind me how frustrating I find Chessable. I've started tinkering with 1. ... d5 but still need to work out what feels best for me longer term.

I've been playing Italian games with White and Caro Kann vs 1.e4 - I think there's still a lot of room to grow with both of these openings to better understand the middlegame plans. 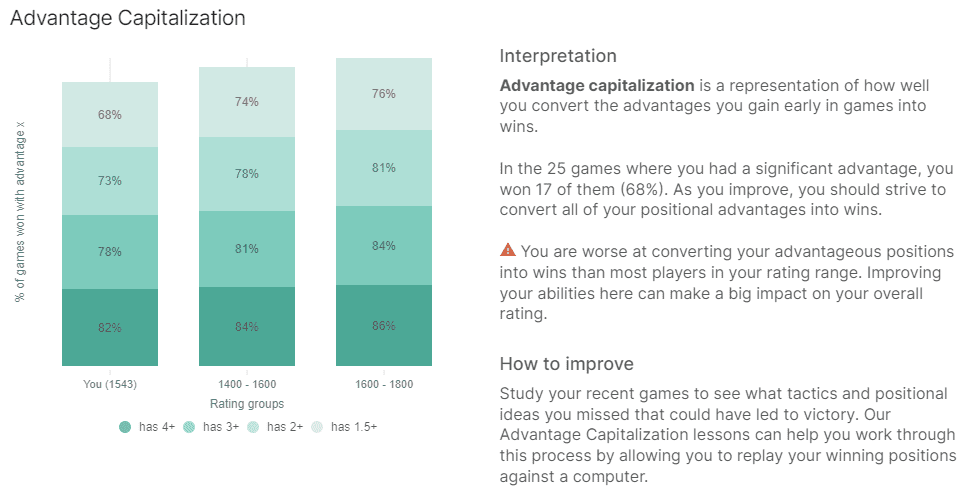 My advantage capitalization has once again dropped by a few percent, and I think it's probably due to my endgame play. I'm not sure if it's my human brain trying to find excuses, but I feel like I tend to lose games that are making it to the endgame. In particular RR vs RR endings I find myself struggling to correctly plan and convert.

I'm still about on par with others in my rating range for games where I'm at a -1.5 advantage, but unlike last month my percentage of games where I'm converting a -2 advantage has increased by 8%! This means I'm just as likely to convert a game where I'm down 1.5 as when I'm down 2-2.9 😂 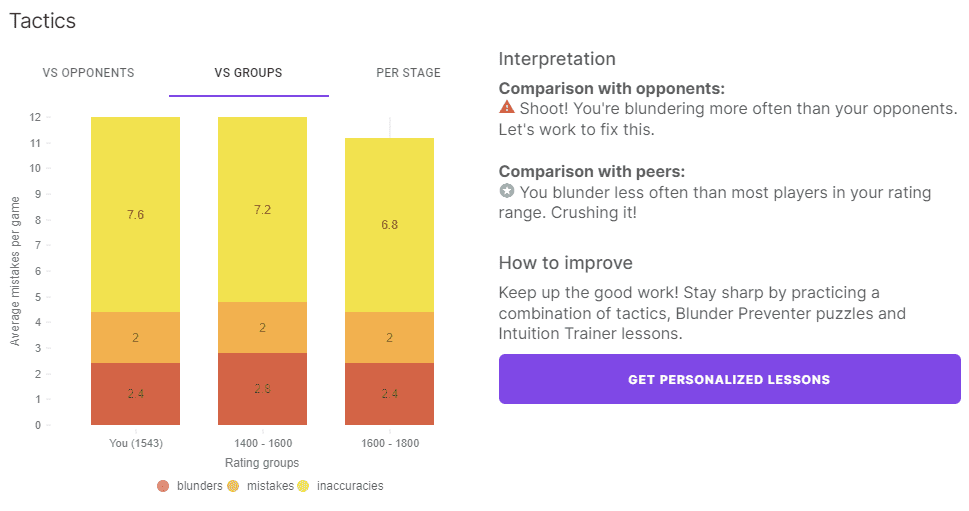 I still blunder a lot (I have a feeling this sentence is going to be a pretty solid mainstay of this section for quite some time).

Looking through the "Per Stage" section of this seems to somewhat confirm my hunch that I'm throwing games away in the endgame. In openings I'm blundering an average of 0 time (🎉), in middlegames 1.6 times, and in endgames 1.8 times.

Besides my mentioned goal of solidifying my opening repertoire a bit I think my main area of focus for November is going to be on endgames and improving my positional play. In particular, I feel like I'm not sure what to do with Rooks 😅 See you again next month!

I feel like my summary going into November is still relevant to December, so I'll just leave my closing remarks there 😅